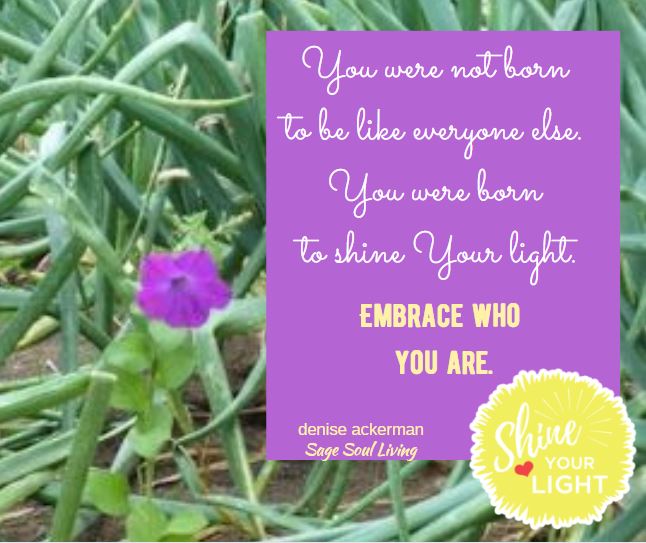 How many times have you wished you were someone else?  Have you ever felt different from the rest?
We’ve all had moments like that.  Times when we find ourselves in a group where we really don’t mesh.  Perhaps for you, it was your family or another situation where you awkwardly endured being there but knew it wasn’t the right place for you.
My sister, whom my grandmother affectionately called “Tunia” used to sing a song.  Maybe you sang it too.  “I’m a lonely little petunia in an onion patch…”.  Her singing was fortuitous for where her life led.  Always standing out in the crowd, cute as a button, she was destined to stand on a stage.
Unlike the rest of her siblings who stayed put where they were rooted, she flew away to New York and became an actress.  No longer acting, she can still make an entrance no matter where she goes.  That’s just who she is.
We are all destined to stand on a stage, maybe not one with stage lights. In my younger years, even though I was the oldest, I felt inferior and jealous of my sister.  As my life bloomed, I began to appreciate the seeds of my own uniqueness.
By midlife, we’ve lived in our skin for several decades, trying on the many parts of who we think we are.  The wisdom that comes is that, for the most part, we’ve grown accustomed to being us.
None of us were meant to be like everyone else, one of the many onions in the field.  There’s a glorious petunia in us all. If we try to fit into the crowd or try to be someone other than ourselves, ignoring who we are, the seeds of our own beauty fade.  The more we appreciate and grow into our own gifts, the more authentic we become.
Today, ask yourself, what is unique about you.  Glory in the wonderment of who you’ve become and the beauty you are.
Tags: #authenticity, #bloomandgrow, #midlife, #unique

Have you ever said to yourself “If only”?

Summertime. A time to blossom and grow.

Are you ignoring your soul signals?

Sign up for the Three Magic Questions that can change your life! 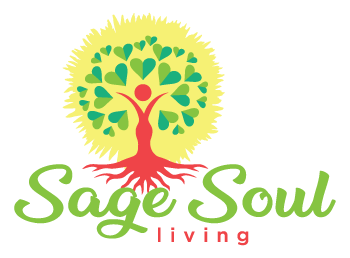 SIGN UP FOR THE THREE MAGIC QUESTIONS THAT CAN CHANGE YOUR LIFE!